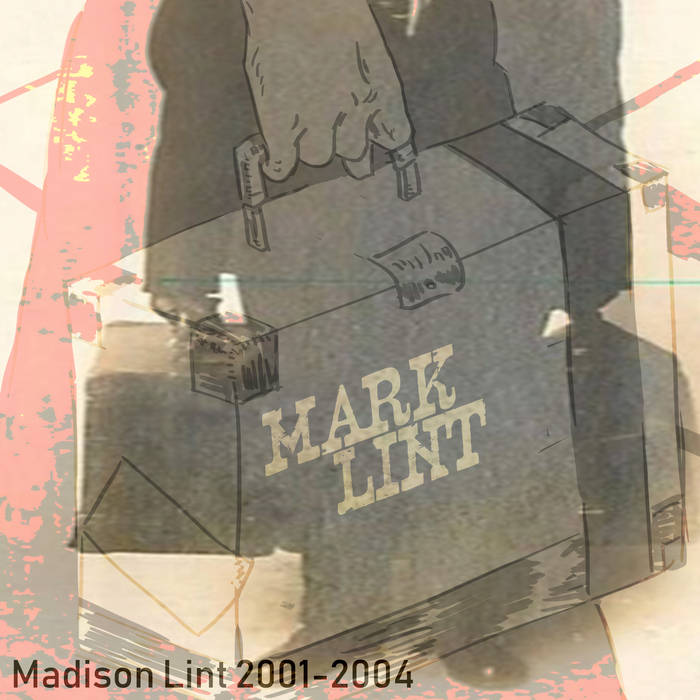 Herein lie the recorded leavings of Madison Lint, my band upon coming to Madison in the early '00s. It's the closest I've ever had to a jam band, and I simplified my writing style somewhat to make space for soloing and vamping. These were the highest caliber musicians I've worked with before or since, and we tried very hard and played out quite a bit, even getting a manager in our last year.

The recordings here span four different groups of sessions starting in September 2001 and ending in March 2004. For all of these, the instruments including solos were all played live as a band, with only vocals overdubbed.

Throughout the life of the band, rhythm players (and keyboardists) wandered in and out. By the end of our run we had 5 drummers and 4 bassists in town who knew our set and could potentially fill in at a show.

This band also coincided with my having kids and getting my first full-time, post-academic job, and I'll blame those factors for us only finishing the recordings that were required at any given point for demo purposes. When the band broke up, we had a few demo EPs out and a number of unfinished tracks. I picked at these from early 2010 through late 2015, which is what I'm thus calling the "release date" for this album.

As of Sept. 2022, I've come to terms with the fact that I'm not going to remix any more of these, not going to finish the two tracks that my band New People has since already recorded, not going to do any more overdubs (though I did finally now add a little marimba recorded in 2015 to one song), so instead I'm laying out the band as it was: a ragged, energetic, nimble group who laid open my very concise pop songs. However, I did do some equalization and other processing now on many of these tracks now to try to make them sound consistent.

The album proper should be considered tracks 1-12. Then there are some alternate recordings, and to wrap things up I've thrown on five tracks from our best-recorded show, from April 2002. This was before we became particularly tight, but with my favorite five-piece line-up. It was great to hear again how this group interpreted my older songs, with each of my four previous albums represented here plus another cover.

Mark sings lead, wrote most of the songs, beats on a nylon-string guitar, recorded and mixed the studio tracks, and did whatever counts for mastering for this release.

Jim Low played the lead guitars and sang harmony. Plus he was the main songwriter on 8.

Jim Turk played drums or percussion on most of the tracks, with Marcus Looze on 7 and 10 and Steve Petrinko on 12 (on which he also sang).

Ken Keeley played bass on most tracks, except Tom Broeske played it on 5, 8, and 9. Ken sang occasional harmonies.