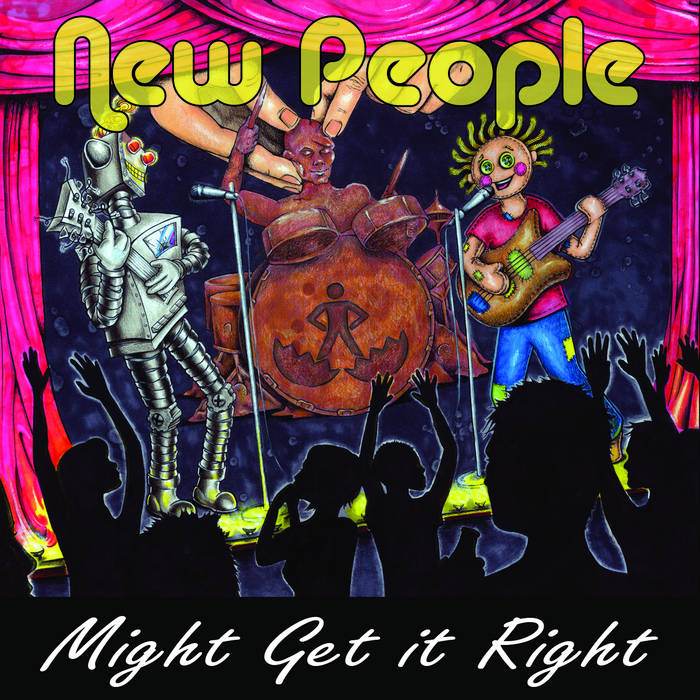 These recordings were produced over about a year (late 2011 through late 2012), with many goings-on among the band members (some tendinitis, a new baby, a completed PhD and subsequent job search, a spouse going to grad school, and a podcast that really took off) bringing our live-playing to a halt and making our jam sessions less regular. So these songs are, with some exceptions, less road-tested than those on our previous albums, but consequently with some more in-the-studio fun, since we were using a cleaner palate.

"Might Get It Right" is a line in Matt's song "Ladder," and it gestures at a running (and unintentional while we were selecting and recording the songs) theme: it's about how we the people make ourselves, how we distract ourselves, how we see ourselves. These aren't songs about hitting rock bottom or partying all night, but about enjoying free moments, passing infatuation, getting nostalgic, indulging petty jealousy... about feeling unappreciated, disappointed, or left adrift. They're about trying to make yourself live up to expectations, about maintaining your long-term projects: about steadily, or not so steadily, pushing onward and upward.

Engineered/produced by New People, recorded in Matt's basement, mixed in early 2013 by Jake Johnson with the band at Paradyme Studios in Madison, WI. Cover art by Genevieve Arnold.